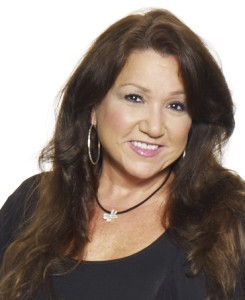 Mary Shomon is a patient advocate, New York Times best-selling author, health educator, and mother who has transformed her own struggle with thyroid disease into an advocacy campaign on behalf of patients with chronic diseases such as thyroid disease, autoimmune conditions, and hormonal imbalances, among others.

Mary was diagnosed with Hashimoto’s Thyroiditis in 1995, and for the past two decades, has been a researcher, writer and advocate promoting greater understanding of thyroid, autoimmune and hormonal conditions and their impact on health, hormones, and weight.

Since early 1997, Mary has served as founder, editor, writer and Thyroid Expert for the award-winning About.com Thyroid website. She is also a strong media presence on Facebook and Twitter. 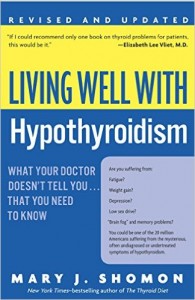 understand resulted in her first health-related book, Living Well With Hypothyroidism: What Your Doctor Doesn’t Tell You…That You Need to Know, which was first published in 2000 by HarperCollins, and has been a best-seller, going to more than 20 printings before a 2nd Revised Edition was published in 2005. The book was a Prevention Book Club Selection, and Amazon Top-Selling health book, and its popularity launched a new series of consumer health books for publisher HarperCollins. 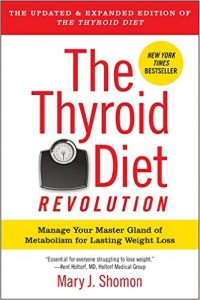 Mary is also author of the New York Times best-selling book The Thyroid Diet. The book was also a semi-finalist for the prestigious Quills Awards, and an Amazon Top 10 Health best-seller..

Mary is also author of a number of other top-selling books, including The Menopause Thyroid Solution, The Thyroid Hormone Breakthrough, Living Well With Graves’ Disease and Hyperthyroidism, Living Well With Autoimmune Disease, Living Well With Chronic Fatigue Syndrome and Fibromyalgia, and co-authored Beautiful Inside and Out with Baywatch star Gena Lee Nolin.

In her two decades of consumer and health advocacy, Mary has never hesit

ated to take a stand on behalf of patients, and her independence from drug companies and medical/patient organizations that are funded by the pharmaceutical industry has allowed her to maintain an unbiased, truly patient-first advocacy effort.

Mary serves on the faculty of the New York Open Center, a nationally known holistic health educational center located in New York City, where she teaches various workshops and seminars on health, hormones, and weight loss.